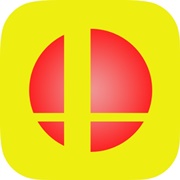 What is an Emulator?

Emulation is the ability of a computer program on an electronic device to mimic another program or device. An Emulator is a piece of hardware or software that allows one computer system to behave like another. Here, the emulator acts as a guest and the computer as the host. An Emulator usually allows the host system to run software or use terminal devices designed for the guest system.

iSSB is one of the best ways to play Super Smash Bros Games on ios & Android. It is an Emulator app that is specially built for this game. You can easily download and play games through this Emulator. You can download & install iSSB app on iOS, Android with our step-by-step guide. AppValley is the stores that providing you with the iSSB iPA file, which can be installed without jailbreak. AppValley ios & AppValley Android Store are containing the latest version of iSSB Emulator.

Super Smash Bros Game not available for IOS or Android Platforms. It is for Nintendo 64, iQue Player, GameCube, Wii, Nintendo 3DS, Wii U, Nintendo Switch like home video games platforms. But, with the help of iSSB Emulator, you can play the game on ios & Android platforms as well. The first release of the game was on January 21, 1999, and the latest release of the game was on December 7, 2018, as the “Super Smash Bros. Ultimate”.

It belongs to the fighting genre and the game was released with different versions. Such as,

If we talk about the latest version of “Super Smash Bros. Ultimate” Game, The fighting game series Super Smash Bros consists of over 80 playable characters across the series. There are also other non-player characters that take the form of enemies, bosses, and power-ups. All games have featured fighters that largely share their moves and abilities with another fighter on the roster, but with minor differences in their presentation and gameplay.

The Features That Can Offer From iSSB Emulator

Official Apple Store or Android Play Store doesn’t contain an emulator app like iSSB, So you have to go to another third-party option. Instead, in official stores, you have to download the best alternative AppValley Store for this. It is a third-party store that offers thousands of free games, apps, emulators, tweaks, Mod and many more.

You Can Install iSSB Emulator For iPhone, iPad, iPod Touch With CydiaImpactor

How To Use iSSB Emulator

iSSB Emulator is compatible with iOS 5 or higher versions which support any iPhone, iPad, or iPod Touch. Android version should be 4.0 or above. You will be able to use it on full screen. iSSB Emulator is specially created to play Super Smash Bros, and it offers five characters to choose from with accurate on-screen game controls. The game involves five separate stages, and you also have the choice of Training and Group modes. There are six items you can use in the game, the six characters are Sonic, Ichigo, Pikachu, Link, Fox, and Mario. There is full support for Bluetooth Multiplayer.

3uTools can be identified as another best AppValley alternative for IOS. But interface a little bit different from each other and 3uTools is a computer-based App Store. But, both tasks same. It also stocks a wide variety of some of the latest iOS applications. 3uTools deals in iOS related apps only. It also cannot be installed on MacOS but also the Windows. If you are looking for some premium iPhone applications for free, this will be a very good platform. Visit our official website 3utools.online for more info about 3uTools IOS Free.

TutuApp is not only for ios, it is the best for Android too. Both regular and VIP versions are available for both platforms. It has a very attractive user interface that is categorized into sections. This makes it very easy to navigate and access user’s favorite apps. Not only for gaming apps but also other entertainment apps as well. If you are looking for cracked, Tweaked, Modded iOS Apps, then Tutuapp is a very good place to get them. Please visit our Tutuapp official app store for more info.

Is iSSB free to use?

Yes, iSSB for iOS is free to download and use if you make attempt via AppValleyios or Tutuapp Android APK.

Yes, the iSSB of the AppValley version has no errors and doesn’t require jailbreaking ios. AppValley developers are daily checking their app’s quality and no hiding errors or not corrupted the name of AppValley. Worthy of the reputation.

Does iSSB have a multiplayer option?

Yes, it is available. You can indulge in multiplayer mode by connecting through Bluetooth.

Is it needed Jailbreak or Rooted devices to install iSSB Emulator?

No, it isn’t necessary. AppValley is a third-party app store that can install any tweaked, Mod apps without jailbreaking or rooting your ios/Android devices. If you can do it through AppValley ios or AppValley Android that will be the best option.

Is there any other methods to install iSSB Emulator except AppValley?

Yes, there are a lot of methods are available. There are many third-party app stores available such as 3uTools, TutuApp, etc. You can find this iSSB Emulator from them. You can also install iSSB via CydiaImpactor and AltStore methods. Please check the above parts of the post.

Already, that you have downloaded AppValley and used it to get the iSSB Emulator app on your iPhone, iPad, iPod Touch, or Android as well. There is no choice, only the Super Smash Bros game can play through this. Have you played Nintendo games in your childhood, then it will be so enjoyable playing a game you love on the device you want to use. Super Smash Bros game is also the same. It is an amazing video game and now, it is available on iOS, Android devices. Use this iSSB Emulator which can provide exclusively Super Smash Bros games. Now is the time to download it through AppValley ios & AppValley Android for mobile devices. Enjoy the best version of crossover fighting.